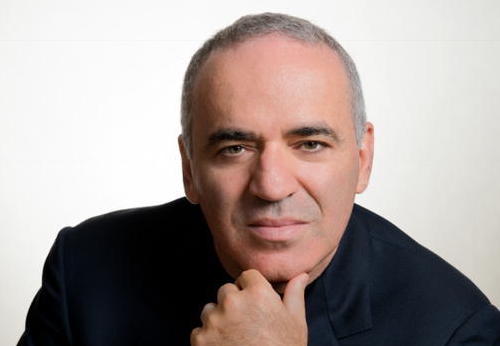 Last Friday’s massive online attack that caused widespread internet outages for companies such as Twitter, Netflix, Spotify, Airbnb, Reddit, Etsy, SoundCloud and The New York Times, made Garry Kasparov angry. Although investigators haven’t said publicly who they think instigated the attack, Kasparov, the former Soviet chess champion and critic of Vladimir Putin, believes the Russians may be behind the latest sophisticated cyber assault.

“This was just a general rehearsal for Election Day,” he warned in an interview with PutinTrump.org. “They want to see what they can do to cause panic and confusion around vote counting on Election Day.”

Kasparov said that an attack of this scale requires a giant state actor with the necessary resources behind it to carry off such an assault on the internet’s infrastructure. That state actor, he believes, is Russia.

More ominously, Kasparov believes there is at least a “50-50 chance” that Republican presidential candidate Donald Trump knows in advance about a coming Russian online assault on Election Day. Although he doesn’t have proof, Kasparov believes that is why Trump made his remarkable statement during the third presidential debate: that he won’t commit to accepting the results of the election if he believes it was rigged against him. His refusal to accept the results could sew confusion on Election Night and cast doubt on the integrity of American democracy, which is precisely what Kasparov says the Russians want to do.

As technology site Slash Gear and others have reported, “The U.S. Department of Homeland Security and the Federal Bureau of Investigation are apparently both investigating, in fact, though no official indication has been given as to potential actors. Neither organization has made a statement on the investigation yet.”

Kasparov is troubled by Trump’s consistent support for Putin. Trump has never backed away from his favorable statements about Putin, despite the urging of many Republican office holders. Nor has Trump ever acknowledged that U.S. intelligence officials have said the Russians are behind the email hacking of the Democrats, with the resulting stolen emails later released in a steady stream by WikiLeaks.

Kasparov says he follows Russian news carefully, and so far, “Trump has faithfully followed Putin’s propaganda line.” For example, Trump’s disparaging comments about a rigged U.S. election offers Putin a “golden opportunity to spread rumors and confusion about the American election,” Kasparov says – and a besmirched American democracy in the eyes of the world would be a Russian success.

Kasparov speculates that Trump’s questioning the election might be part of a plan where the Russians are able to hack the results and otherwise disrupt Election Day vote-counting in many states – giving Trump the excuse he needs to refuse to accept the results of the voting. Even an attack on the American electrical grid with widespread power outages would result in the potential for confusion and doubt about voting and vote counting, Kasparov says, giving Trump a reason to assert the election results are not valid. And if Trump does not concede, against the tradition of all previous losing presidential candidates, Trump could make the winner look less legitimate and himself seemingly a victim of a stolen election.

As security expert Ryan Duff said in Newsweek last week, it doesn’t take much of a hack to sow doubt: “You only need to mess it up a little bit, and as soon as people don’t have faith in it, the whole system can start to crumble,” said Duff, a former U.S. Air Force tactician now working in the private sector. “You don’t even need to sway it one way. You just have to make people think it could happen.”

Kasparov points to recent Kremlin practice of interfering in European political life by supporting ultra-nationalists and radical left-wing groups around elections, and also buying favors from mainstream European politicians. A chance to discredit American democracy would be a big win for Putin, and last Friday’s online dress rehearsal shows what can be done.

Kasparov acknowledges he has no proof of the collusion between Putin and Trump for an Election Day disruption, but he says: “It is better to warn people now about what is about to happen, than to keep silent and be sorry later on November 9 that there was massive Election Day hacking. … This threat is too high to ignore.”