Making the case to conservatives to vote Clinton 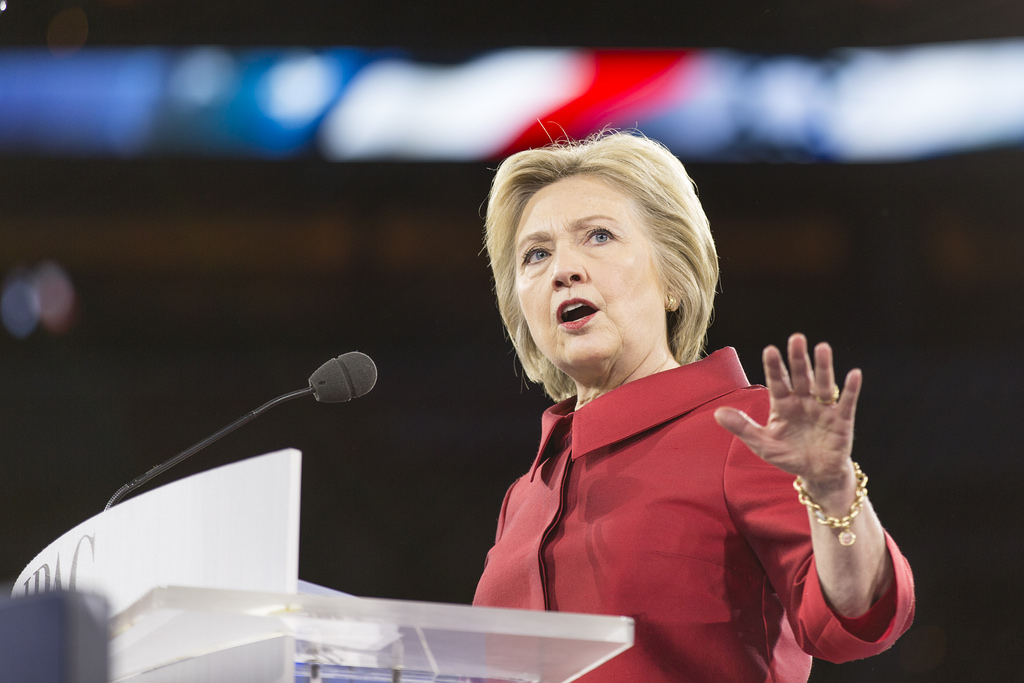 It’s decision time – time to stop talking and start voting. Prominent conservatives around the country may admit that they wish for a viable third option, but their concerns about national security – and their belief that Republican Donald Trump is a threat to American democracy – are driving them to cast their votes for Hillary Clinton.

Here are a few notable conservatives – and two liberal columnists speaking directly to conservative voters – explaining why they believe Clinton is the right choice for president on Nov. 8.

DAVID FRUM, a former speechwriter for President George W. Bush and a senior editor at The Atlantic:

“Yes, I fear Clinton’s grudge-holding. Should I fear it so much that I rally to a candidate who has already explicitly promised to deploy antitrust and libel law against his critics and opponents? Who incited violence at his rallies? Who ejects reporters from his events if he objects to their coverage? Who told a huge audience in Australia that his top life advice was: “Get even with people. If they screw you, screw them back 10 times as hard. I really believe it”? Who idealizes Vladimir Putin, Saddam Hussein, and the butchers of Tiananmen as strong leaders to be admired and emulated? …

I have no illusions about Hillary Clinton. I expect policies that will seem to me at best counter-productive, at worst actively harmful. …

But she is a patriot. She will uphold the sovereignty and independence of the United States. She will defend allies. She will execute the laws with reasonable impartiality. …”

Read “The Conservative Case for Voting for Clinton” (The Atlantic)

“The end of the election is now in sight. Some among the anti-Hillary brigades have decided, in deference to their exquisite sensibilities, to stay at home on Election Day, rather than vote for Mrs. Clinton. But most Americans will soon make their choice. It will be either Mr. Trump or Mrs. Clinton – experienced, forward-looking, indomitably determined and eminently sane. Her election alone is what stands between the American nation and the reign of the most unstable, proudly uninformed, psychologically unfit president ever to enter the White House.”

THE ARIZONA REPUBLIC EDITORIAL BOARD, which had never endorsed a Democrat for president in its 126-year history:

“… Despite her flaws, Clinton is the superior choice.

She does not casually say things that embolden our adversaries and frighten our allies. Her approach to governance is mature, confident and rational.

That cannot be said of her opponent.

Clinton retains her composure under pressure. She’s tough. She doesn’t back down.

Trump responds to criticism with the petulance of verbal spit wads.

That’s beneath our national dignity.”

Read The Arizona Republic’s endorsement, “Hillary Clinton is the only choice to move America ahead”

“I have voted for every Republican nominee for president since 1980, but I will not this time. Mr. Trump’s appalling temperament renders him unfit to be president, and his grotesque policy formulations mock the principles of liberty and respect for the individual that have been the foundation of the Republican Party since Abraham Lincoln. …

I’m voting for Mrs. Clinton because, despite her deficiencies, she will make a better president. But I have another reason. Defeating Mr. Trump soundly will help save the Republican Party. If he wins, a party built on freedom and internationalism will become entrenched as a party of authoritarianism and isolation, which means that within a few years it will atrophy and die.”

Read “Save the Republican Party: Vote for Clinton” (The New York Times)

“Republicans can either allow Trump to rebrand the GOP as unstable, xenophobic and crude, or they can regain control of their party. It may mean losing this election, but if they want a principled, rational agenda that reflects American values and promotes liberty, prosperity and security, there is no other choice: Writing in or staying home puts Republican control of the Senate at risk, and a libertarian protest vote could toss the election to Trump.

The last remaining option is an extreme option: Vote for Hillary Clinton. If the millions of #NeverTrump Republicans could bring themselves to make the leap to Clinton, she may even meet them in the middle.”

Read “Why Republicans should vote for Hillary Clinton” (The Washington Post)

“Yes, Hillary Clinton is a flawed leader — but in the way so many presidents were. We know her flaws: She has a weakness for secrecy, occasionally fudges truths, has fawning aides and a husband who lacks discipline when it comes to moneymaking and women. But she is not indecent, and that is an important distinction. And she’s studious, has sought out people of substance on every issue and has taken the job of running for president seriously.

Trump is not only a flawed politician, he’s an indecent human being. He’s boasted of assaulting women — prompting 11 to come forward to testify that he did just that to them; his defense is that he could not have assaulted these women because they weren’t pretty enough. …

“Vice President Joe Biden has made it one of his final missions to ensure that Democrats don’t forget those living in places like his hometown, Scranton, Pa. One solution is to put people to work on roads, bridges, airports and other “big stuff.” Hillary Clinton has at least put forth a $275 billion infrastructure jobs plan. Trump promises nothing more than a slogan on a silly hat and a pipe dream of a plan with no way to pay for it.”