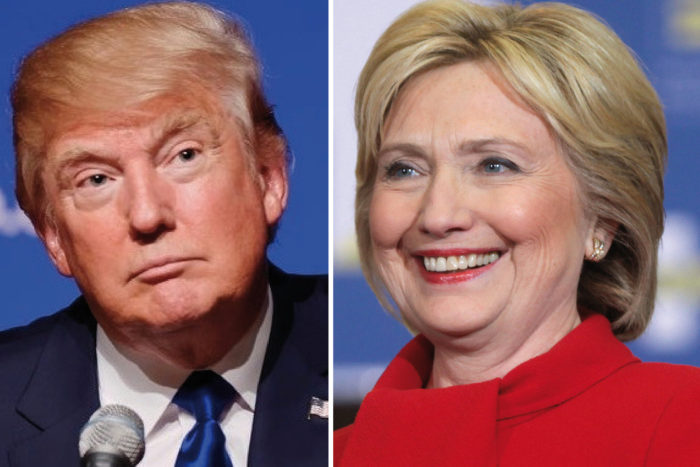 The third presidential debate featured the expected fireworks between the candidates – and Republican Donald Trump repeated his claim several times that “I don’t know Putin,” despite his previous statements bragging about a relationship with the Russian strongman.

But the most extraordinary moments came when moderator and Fox News anchor Chris Wallace pressed Trump for specific answers on two critical issues around national security and democracy: the interference of the Russian government in the U.S, presidential election and Trump’s refusal to commit to accepting this year’s election results.

Russian interference in the election:

Democrat Hillary Clinton said this question might be the most important one in the debate. She raised the issue first when Wallace read a quote from one of her speeches on border security – a quote that came from hacked Democratic National Committee emails that have been released by WikiLeaks. In the debate, Clinton used the opening to denounce interference by a foreign power in the presidential election: “What’s really important about WikiLeaks is that the Russian government has engaged in espionage against Americans. They have hacked American websites, American accounts of private people, of institutions.”

A heated exchange followed – which included Clinton claiming Trump would be Putin’s “puppet as president” and Trump firing back, “You’re the puppet!” But throughout, Trump again refused to acknowledge that U.S. government officials have accused the Russian government of orchestrating the hacking attacks – repeating a stance he made in the second debate. Trump on Wednesday night: “She has no idea whether it’s Russia, China, or anybody else. … And our country has no idea.”

Wallace, to his credit, set the record straight: “The top national security officials of this country do believe that Russia has been behind these hacks.” And he pressed the point with Trump: “Even if you don’t know for sure whether they are, do you condemn any interference by Russia in the American election?”

Trump still refused to say that Russia is behind the hacks – but he did say he would condemn interference “by Russia or anybody else.” And then for good measure, he repeated: “I don’t know Putin.”

With all of Trump’s talk over recent weeks claiming that the election is rigged, Wallace reminded the Republican that both his running mate Mike Pence and his daughter Ivanka had said this week that Trump  “will absolutely accept the result of this election.”

Wallace: “But, sir, there is a tradition in this country – in fact, one of the prides of this country – is the peaceful transition of power and that no matter how hard-fought a campaign is, that at the end of the campaign that the loser concedes to the winner. Not saying that you’re necessarily going to be the loser or the winner, but that the loser concedes to the winner and that the country comes together in part for the good of the country. Are you saying you’re not prepared now to commit to that principle?”

Trump’s response was like a cliffhanger from one of his reality shows: “What I’m saying is that I will tell you at the time. I’ll keep you in suspense. OK?”  It was a remark that critics charge undermines American democracy.

After the debate, world chess champion and Putin critic Garry Kasparov tweeted: “Trump refusing to accept election results & his loyalty to Putin are the same plan to weaken US. He’s Putin’s stooge.”

Once again, Trump was given the opportunity to name Russia as interfering in the American election, and to criticize Putin, and he declined to do so. And he was given a chance to say that he fully supports U.S. democracy no matter who wins, and he failed to do so. At this late point in the 2016 campaign, both of these remarkable statements have to be considered deeply held positions taken by Trump in the face of the evidence against Russia and against the history of 44 peaceful presidential transitions throughout American history. By taking these stands, Trump is once again rejecting values held across the American political spectrum.