Trump’s praise for Putin gets no defense from Pence 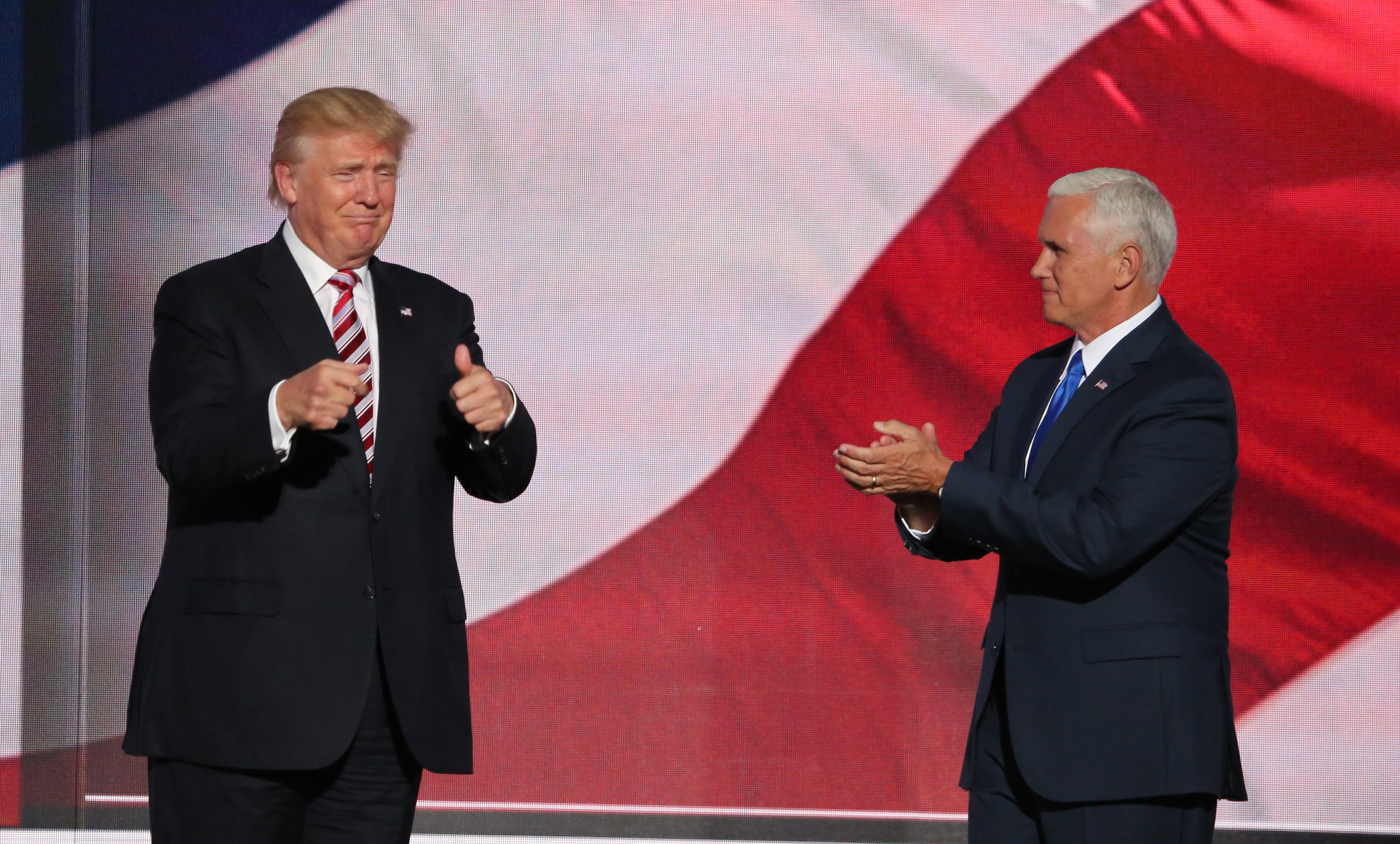 Russian leader Vladimir Putin may not literally be on the U.S. presidential ticket, but he was on stage over and over in Tuesday night’s vice presidential debate. Democrat Tim Kaine raised the issue of Donald Trump’s praise for Putin early on, and questioned whether Trump’s tax returns would reveal compromising business interests tied to Russia.

Throughout the debate, Kaine challenged Republican Mike Pence to defend Trump’s words on Putin, as well as other policy positions. Pence didn’t do it.

Instead, Pence sidestepped the Putin-Trump connection, choosing to reinforce traditional Republican Party foreign policy values. He even vowed that a President Trump would show “strength” in response to an aggressive Russia. Here are highlights from the debate on the critical foreign policy and national security issues we’re watching at putintrump.org.

Kaine: Hillary Clinton has gone toe-to-toe with Russia. … She went toe-to-toe with Russia and lodged protests when they went into Georgia. And we’ve done the same thing about Ukraine, but more than launching protests, we’ve put punishing economic sanctions on Russia that we need to continue.

Donald Trump, on the other hand, didn’t know that Russia had invaded the Crimea.

Kaine: … Donald Trump’s claim … that NATO is obsolete and that we need to get rid of NATO is so dangerous.

Pence: That’s not his plan.

What the record shows: Trump has criticized the 28-nation-strong North Atlantic Treaty Organization for months, telling The New York Times in July that he was “prepared to walk” away from treaties like NATO if other nations didn’t increase their payments – a position that is very much in Putin’s interests. Pence contradicted Trump in July, and by the first presidential debate, Trump was changing his tune and saying he was “all for NATO.”

Kaine brought up Trump’s praise for Putin over and over, to which Pence muttered “Oh, come on.” When Pence finally mentioned Putin directly, his words were in sharp contrast to his running mate’s:

Pence: And the small and bullying leader of Russia is now dictating terms to the United States to the point where all the United States of America — the greatest nation on Earth – just withdraws from talks about a cease-fire while Vladimir Putin puts a missile defense system in Syria …. We’ve just got to have American strength on the world stage. When Donald Trump becomes president of the United States, the Russians and other countries in the world will know they’re dealing with a strong American president.

What the record shows: Trump’s flattery for Putin is well-documented. On Pence’s point specifically – that Trump would be a tougher on Russia – Trump said exactly the opposite in his July 28 news conference: “Why do I have to get tough on Putin? I don’t know anything other than that he doesn’t respect our country.”

So, how did Pence do?

Even as he contradicted Trump’s words on Putin’s interests, The Washington Post’s Chris Cillizza notes that Pence looked extremely comfortable in the debate spotlight, perhaps making a case for himself as a GOP presidential contender in 2020 or 2024. “Win or lose in 24 days, Pence did himself real good in the eyes of the Republican world on Tuesday night.’

Trump and Clinton face off again Sunday, Oct. 9 – this time in a town-hall-style debate. Will Trump attempt to back away from more of his pro-Russian statements, as he did with NATO in the first debate? We’ll be watching.