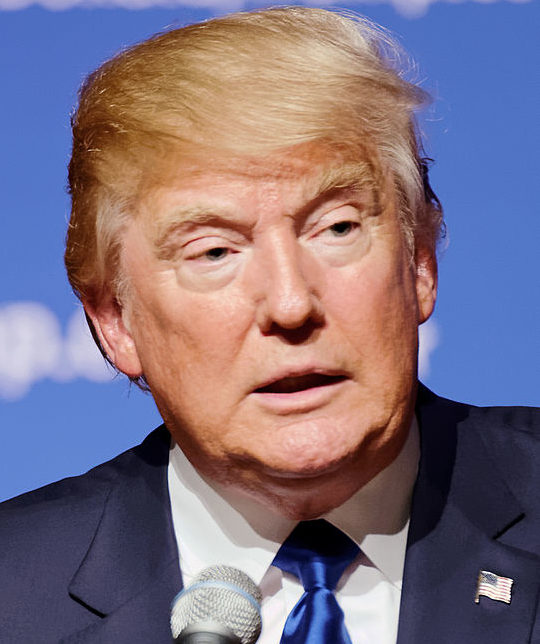 BY BILL BUZENBERG AND GARRY KASPAROV

Republican presidential nominee Donald Trump has built his candidacy on flouting the rules of the political establishment and, increasingly, measures of basic human decency. He has called for preposterous domestic policies, flagrantly lied to voters, and insulted women and minorities. Yet one of the greatest threats his candidacy poses is in the realm of foreign policy. His words and actions so far underline how dangerous a Trump presidency would be for America, and the world.

Trump has had every opportunity to criticize Russia’s unprecedented cyber interference undermining the integrity of the American election. He has never done so.

Trump has had every opportunity to walk back his warm words and rhetorical embrace of Russia’s strongman leader, Vladimir Putin. He has never done so.

Trump has had every opportunity to release his taxes and show that he is not financially in hoc to Russian oligarchs who are believed to have invested hundreds of millions of dollars in his developments. He has never done so.

Trump has had every opportunity to support Western sanctions against Russia for its blatant military takeover and annexation of Crimea, and then for its continued incitement of war in eastern Ukraine. He has never done so.

Trump has had every opportunity to say he believes wholeheartedly in the North Atlantic Treaty Organization alliance and its charter that commits each signatory to come to the aid of any NATO member when attacked, such as the vulnerable Baltic states experiencing renewed Russian saber rattling.  He has never done so.

And Trump has had every opportunity to denounce Russia’s ceasefire violations in Syria and possible war crimes from its bombing of civilians in Aleppo on behalf of the Assad regime. He has never done so.

In fact, in each of these instances, Trump has specifically avoided taking positions in line with long-standing American foreign policies, even repudiating traditional GOP stances, including those articulated forcefully against Russia by his running mate, Mike Pence. “He and I haven’t spoken, and I disagree. I disagree,” Trump said in the second debate referring to the stand Pence had taken.

Instead, in every case, Trump has aligned himself with a hostile foreign power and indeed espoused policies that further Putin’s clandestine geopolitical agenda. It is the only consistent element in his rhetoric, which is otherwise filled with contradictions and flip-flops.

Trump’s Access Hollywood tape, his threat to jail his political opponent, and his racist, misogynistic and xenophobic campaign are all reasons not to vote for the Republican nominee. But what the Republican candidate is saying – and just as importantly not saying – about America’s foremost foreign adversary is arguably the most serious issue in this election. It ought to be alarming to every student of history, citizen soldier, and American patriot who believes in the idea of a strong and independent United States. Though imperfect and divided at home, the U.S. is, and must remain, a moral force for decency and the rule of law in a troubled world.

Trump would jettison all of that, seemingly without a considered thought, all on behalf of someone who says nice things about him.  Words do matter, and Trump is disconnected from basic mainstream American foreign policy in ways that no candidate for president has ever been before.

And it must be noted that puppet-master Putin – the man Trump thinks is a great role model – has consolidated his power by steering his country into a dictatorial ditch using massive misinformation, a crackdown on independent media and free speech, prison or murder for his political enemies and journalists, restrictions on ethnic minorities and LGBT communities, among other domestic policies, let alone foreign policies that all Americans abhor.

If Trump now tries to change his tune and contradict his oft-repeated statements about sanctions against Russia, the war in Syria, or NATO’s future, it is hard to see how any such last-minute conversion in the waning days of the campaign could ever be believed. It is more likely he will go into the election adhering to a pro-Putin stance that is completely at odds with America’s core values and status as leader of the free world.

Trump has had plenty of chances to correct his course and to re-set his un-American – even anti-American – line.  His refusal to do so speaks volumes about the direction he would take this country if elected.

Journalist Bill Buzenberg (@NoPutinTrump) is editorial director of www.putintrump.org and former head of the Center for Public Integrity and NPR News.

Former World Chess Champion Garry Kasparov is chairman of the Human Rights Foundation (@Kasparov63) and author of “Winter is Coming: Why Vladimir Putin and the Enemies of the Free World Must Be Stopped.”