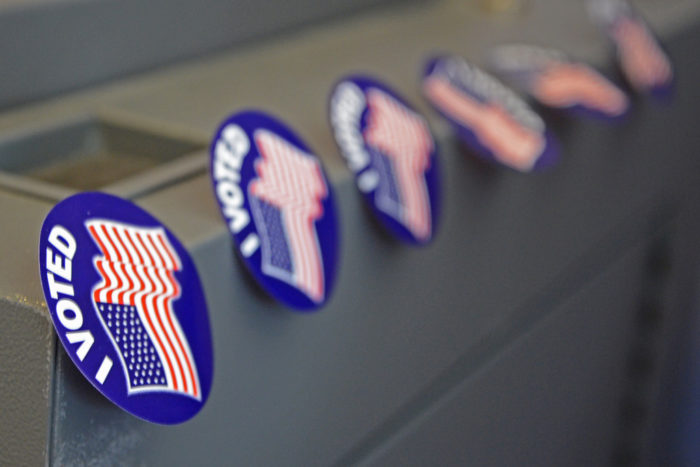 Their words reveal their anguish. “The Republican Party is another family to me.”  And “I’m an American before I’m a Republican.”  “I can’t look my children in the eye and tell them I voted for Donald Trump.” And finally: “This is not my party.”

They are lifelong Republicans – stalwart conservative leaders who have devoted their careers to the GOP. One after another, just a few to start, and now dozens. They have wrestled with their decisions and finally have declared they cannot vote for their party’s nominee. Some will vote for Hillary Clinton; others will look for a third-party or write-in option. But they have all stated publicly they will not cast votes for Trump.

Trump has given his party many reasons to abandon him – including his racist and misogynistic language, and now his crystal clear voice on an “Access Hollywood” videotape released last week.

But a long list of Republicans also are convinced that Trump is a grave national security risk – a concern heightened by his praise for Russian President Vladimir Putin and his demonstrated ignorance about global-security threats such as Russia’s invasion of Crimea, and its military intervention on behalf of Syria’s President Bashar al-Assad.

Here are a few of these foreign-policy-minded conservatives, saying in their own words why they can’t vote for Trump:

“The only way you can be comfortable about Trump’s foreign policy, is to think he doesn’t really mean anything he says. That’s a pretty uncomfortable place to be in. Our security depends on having good relationships with our allies. Trump mainly shows contempt for them. And he seems to be unconcerned about the Russian aggression in Ukraine. By doing this he tells them that they can go ahead and do what they are doing. That is dangerous.”

“We now have a person at the top of the Republican ticket who I believe is dangerous, doesn’t understand the complex world we live in, doesn’t care to, and is without any moral or international philosophy.”

“Trump’s sense of loyalties are misplaced. Some of our NATO allies sent troops overseas, at the same time he is defending Russia and trying to dismiss what is widely acknowledged to be Russian intrusions into the databases of our political parties and political figures.”

In response to some of Trump’s comments on the military: “We have today the strongest military in the world. No one can compare with us. No one should have the audacity to stand up and degrade the purple heart … or talk about the military being in a state of disaster. That’s wrong. … You don’t pull up a quick text, like ‘National Security for Dummies.’ That book hasn’t been published.”

“I also cannot in good conscience support Donald Trump because I do not believe he is a reliable Republican conservative nor has he displayed the judgment and temperament to serve as commander in chief.”

”Donald Trump says he admires Vladimir Putin, while he has called George W. Bush a liar. That is a twisted example of evil trumping good.”

“I wanted my grandkids to see that I simply couldn’t ignore what Mr. Trump was saying and doing, which revealed a character and temperament unfit for the leader of the free world.”

“I’m a Republican because I believe that Republicanism is the best way to defend the United States of America. … [Trump] throws all of these Republican principles on their head.”

Response to Trump’s comments on NATO: “It’s utterly disastrous. And you have allies right now, I mean I have friends that, you know, serve in parliament in places like Estonia, that every day worry about the Russians deciding that this is the time to reannex and take them back. And comments like this are not only ill-informed, they’re dangerous.”

Response to Trump’s comments on the military: “I call it a narcissistic foreign policy from Donald Trump, and it’s the idea that, you know, the world needs us. If we’re going to be in Korea or we’re going to have troops in Germany, they need to pay us for this. As a military soldier, a pilot, I’m offended by the idea that I’m some kind of a protection racket that has to be paid to protect our allies, or I’m some kind of a mercenary force.”

“The only thing longer than the list of hostile Russian actions abroad is the list of repressive actions inside Russia to stifle dissent and strengthen Mr. Putin’s security services-run state. Mr. Putin will continue to behave aggressively until confronted and stopped. … neither Mrs. Clinton nor Mr. Trump has expressed any views on how they would deal with Mr. Putin (although Mr. Trump’s expressions of admiration for the man and his authoritarian regime are naive and irresponsible). …

At least on national security, I believe Mr. Trump is beyond repair. He is stubbornly uninformed about the world and how to lead our country and government, and temperamentally unsuited to lead our men and women in uniform. He is unqualified and unfit to be commander-in-chief.”

George Will: Conservative pundit for 40 years

Responding to Trump’s comments indicating he was apparently unaware of Russia’s invasion of Ukraine: “It is, surely, somewhat noteworthy that someone aspiring to be this nation’s commander in chief has somehow not noticed the fact that for two years now a sovereign European nation has been being dismembered.”

Excerpt from a letter signed by 50 Republican national-security advisers who served under administrations from Presidents Richard Nixon to George W. Bush.

“From a foreign policy perspective, Donald Trump is not qualified to be President and Commander-in-Chief. Indeed, we are convinced that he would be a dangerous President and would put at risk our country’s national security and well-being.

Most fundamentally, Mr. Trump lacks the character, values, and experience to be President. He weakens U.S. moral authority as the leader of the free world. …

In addition, Mr. Trump has demonstrated repeatedly that he has little understanding of America’s vital national interests, its complex diplomatic challenges, its indispensable alliances, and the democratic values on which U.S. foreign policy must be based. At the same time, he persistently compliments our adversaries and threatens our allies and friends.”

Max Boot, senior fellow at the Council on Foreign Relations:

“I have been a Republican as long as I can remember. Joining the Grand Old Party seemed like a natural choice for someone like me who fled the Soviet Union as a boy and came to Los Angeles with his mother and grandmother in 1976. …

There has never been a major party nominee in U.S. history as unqualified for the presidency. The risk of Trump winning, however remote, represents the biggest national security threat that the United States faces today.”